My movement journey began as a child in Eastern Pennsylvania, climbing trees and rolling down hills; then, as a teenager, with gymnastics, diving and getting the other kids to dance at the teen dances.  I began studying traditional tai chi Yang Style 108 Forms with Lee Shiu Pak in Montreal in 1978, and then pursued a career in contemporary dance. I studied many Western approaches to body-mind integration and specialized in teaching movement fundamentals and analysis, sensory-motor integration, and creative process. These interests led me to complete my masters degree in Dance & Movement Therapy.

For more than 40 years I have shared my passion for movement with a wide variety of people. I taught young dance professionals to understand and embody the fundamental elements common to all dance styles, to help them move with efficiency and versatility, and to prevent and heal injuries. I have also worked with the general public, adults with developmental disabilities, and the frail elderly, using movement and dance to promote mobility, self-expression and well-being.

Learning tai chi with Gurney has been such a positive experience both physically and emotionally.
– Aubrie Pecore

Responding to family ties I relocated to Pittsburgh and began teaching tai chi to seniors in 2008.  I discovered the work of Australian physician and Tai Chi Master, Dr. Paul Lam, and was thrilled to learn that he had already done what I was trying to do on my own: modify traditional tai chi forms to better serve the needs of seniors, beginners and people with health concerns. I became certified to teach Dr. Lam’s Tai Chi for Health programs in 2011, and was the first to offer these programs to the Pittsburgh public. In that same year, I received the Volunteer of the Year Award from the Arthritis Foundation of Western Pennsylvania, for promoting Dr. Lam’s Tai Chi for Arthritis program. I founded Tai Chi for Health Pittsburgh in 2012, with the goal of introducing more people to the health benefits of tai chi. 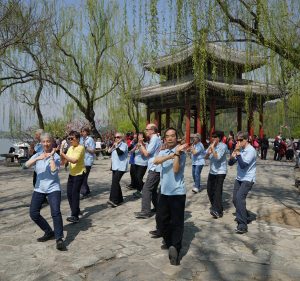 I continue to expand my own knowledge of tai chi through regular training with Dr. Lam and his Master Trainers. Since 2013 I have been active as a Senior Trainer for the Tai Chi for Health Institute hosting training programs and mentoring new instructors. I have traveled and trained with Dr. Lam in China two times and hosted him in Pittsburgh in 2014 and 2017. 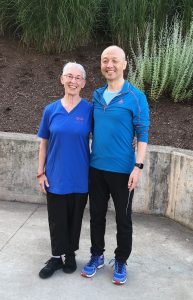 In 2018 I began training with Dr. Yang Yang, a 19th generation Chen lineage holder and founder of the Center for Taiji and Qigong Studies in New York City. In 2019 I was certified to teach his Evidence Based Qigong and Tai Chi programs.

I give lectures and demonstrations to educate health care professionals and the public about the benefits of tai chi as a complement to Western exercise & medicine. Drawing on this rich tradition, I hope to inspire and guide you in your journey toward healthier & happier living. 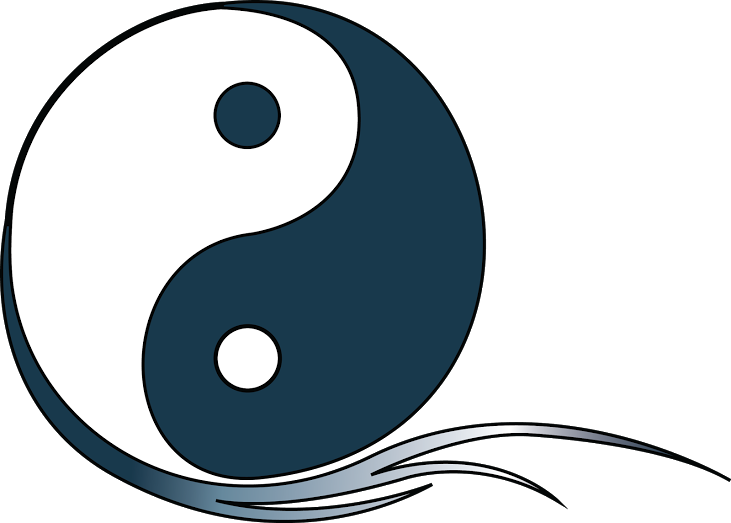